Melanie Tem was an author and writer-in-residence whose works won the Bram Stoker Award, the World Fantasy Award, and the British Fantasy Award, among others. She often cowrote stories and novels with her husband, Steve Rasnic Tem. They shared a passion for working with developing writers, and served Odyssey as writers-in-residence twice, first in 2005 and again in 2014. They are, in fact, the only writers-in-residence who have served at Odyssey more than once. In their time at the workshop, they held fascinating “dialogues” in which Melanie and Steve explored their differing views on concepts, providing illuminating insights. They also gave generously to students through critiques and private meetings. Melanie was always eager to reach out to other writers, to understand their struggles and share her own.

Melanie passed away this February and the void she left is keenly felt by Odyssey organizers, graduates, readers, and all who knew her. Michael Main, class of 2014, wrote the following about his experiences with Melanie and Steve.

Countless readers know Melanie Tem through the stories she told. I was long among those readers myself, but more than that, she was my mentor, my nurturer, and the person who led me to Odyssey in the summer of 2014. I’d like to tell you a little about that journey for me and about how deeply Melanie touched all of the 2014 Odfellows in the year before her death from cancer.

Right from her earliest short stories in Asimov’s Science Fiction Magazine, some of which were written with Steve, Melanie had a broad repertoire that extended from dark fiction to one-act plays. It was her character-driven science fiction that drew me in, enough so that I sought out her byline beyond Asimov’s wherever I could find it, even before I realized she lived just a few miles from me. That realization came when I began to have an inkling that I wanted to write stories, wanted to communicate and move readers the way my favorite authors did, and I discovered that Melanie–yes, Melanie Tem!–hosted small gatherings for budding writers at Denver’s West Side Books. I showed up one night and was warmly welcomed to her writing family.

The gatherings were writing gatherings, so of course we wrote: small exercises during our gatherings and more during the week or two between gatherings. If I threw a group of people at you, I doubt that you could ever tell which would be likely to show up at the writing evenings because the variety was unbounded, and Melanie was the bond that held us together. We read our writing to each other, talked about the emotions that arose, talked about our hopes, listened closely when Melanie offered her insightful and gentle critiques—always infused with insight and encouragement. For me, she had the most amazing mind for character motivation and plot.

Melanie said that I must continue writing and submit what I write. My first acceptance came from a venue that she suggested, Stories for All Seasons, where actors gave dramatic readings of short, short stories. That wouldn’t have happened for me without Melanie. She encouraged me to go to a short writing workshop, and when I struggled during the workshop, she pointed out all the things that were going well, gave me a new prompt for a story, and sent me off to write a story that turned into my first print acceptance. That wouldn’t have happened for me without Melanie.

And later, in 2014, when I applied for the Odyssey Writing Workshop, that wouldn’t have happened for me without Melanie either. Of course, I knew about the annual six-week Odyssey workshops, but it was only when I saw that Melanie and Steve were slated to be the writers-in-residence during Week 5 that I thought about applying. I wrote to Melanie and got immediate encouragement. “I’ve thought about you often over the years and am glad to know that you’re doing well and wanting to write again,” she told me with encouragement.

I applied to Odyssey 2014, and when I was accepted, I couldn’t wait to see and work with Melanie and Steve. As you may know, Odyssey’s visiting writers and writers-in-residence over the years have been a wonderful and varied lot. For me, none could be more dedicated, kind, insightful, generous and loving than Melanie and Steve. I know directly how much my fellow classmates received during the Tems’ stay with us. My roommate Darin had some uncertainty about one of his pieces, but the Tems were able to show him exactly what was working well and to point him to a newly announced anthology where it might fit; most of us went to Readercon in Boston at the end of the Tems’ week with us, and they were both
there to support us; Holly, one of the more experienced writers in our group, had a late-day reading of her story at the Con, and the Tems stayed longer than anyone to cheer her on.

The Tems’ support was endless, as we learned about writing and about kindness from Melanie and Steve. I’m so glad to have this chance to express to the world how much that meant and how much we love Steve and Melanie—and how much we thrive from the love they have given us. 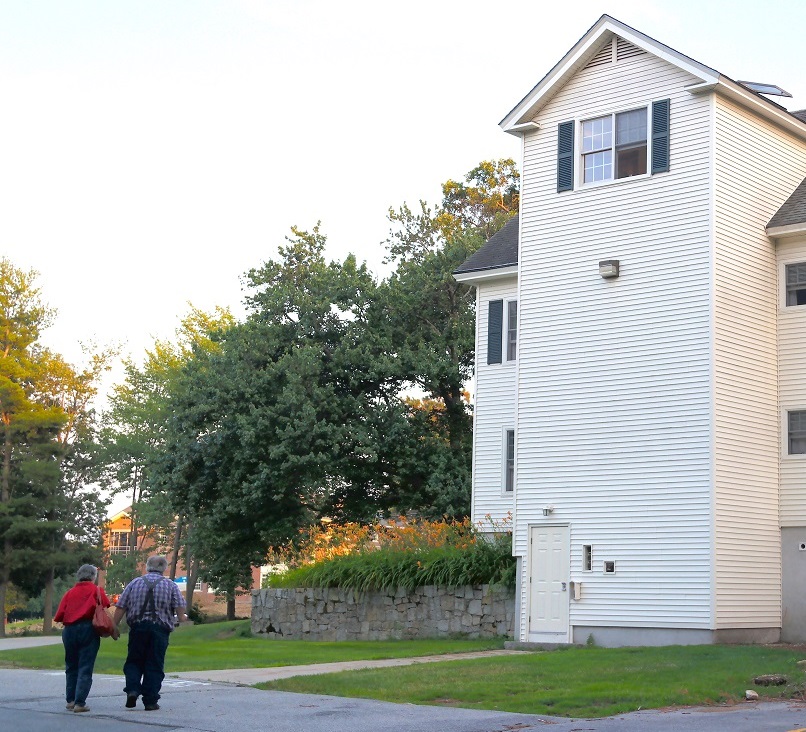 One thought on “In Memoriam: Melanie Tem, author and writer-in-residence”