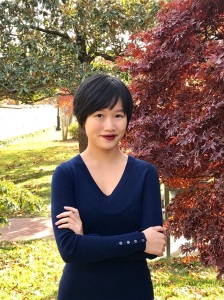 Congratulations to 2016 Odyssey graduate Rebecca F. Kuang on the success of her debut novel, The Poppy War, the first installment in a Chinese-history inspired epic fantasy trilogy about empire, warfare, shamanism, and opium.

The following essay about Rebecca’s Odyssey experience was originally published here on April 9, 2017.

I came to Odyssey on the verge of a horrible case of writer’s block. I had just sold my first novel. I was now under contract to write two more. I had to finish a 200,000-word project in a little over a year. I’d been trying for weeks to tackle it. I couldn’t write a word.

I thought I had lost whatever made me a good writer in the first place. I thought good writing was a mystical, nebulous thing. Writing talent was a gift: you either had it or you didn’t. And I thought you could lose it without ever knowing why, and never be able to reclaim it.

And at some level I thought writing workshops were probably bull. Writing was subjective; writing was intuitive; you couldn’t objectively critique a piece in a way that everyone might agree with.

I was, of course, wrong about everything.

The first week at Odyssey, Odyssey Director Jeanne Cavelos taught us that writing skill comes incrementally. Nobody is naturally a good writer. Anyone can become a good writer. It’s not something you can attain magically, and it’s not something you can lose overnight. Even on the days you have absolutely no inspiration, you can still crank out good words, if you know what good words look like.

In retrospect, that seems obvious. At the time, I really needed to hear it.

After Jeanne’s first lecture, I was in shock. No one had ever told me these things.

Jeanne didn’t stop at that mind-blowing revelation. She just kept going. Over the next six weeks she poured more knowledge into our brains than I’ve received in most of my college classes. We broke the craft of writing down into isolated, tangible, objective goals. We learned about three-act plot structures. Active sentence constructions. Showing versus telling. Exposition through arguments, exposition through dialogue, instead of exposition through exposition. Consistent (or deliberately inconsistent) points of view. We turned writing into a science, and even if we weren’t yet Einsteins, we at least understood the scientific method. 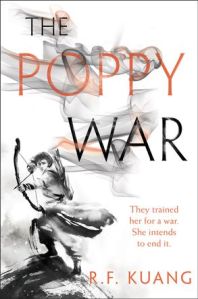 And then there were the critiques. Jeanne is a wonderful editor. She’s harsh in the best way. Her critiques are blisteringly thorough, and she spends an insane amount of time on each one. She sees things that the rest of us can’t see, and she asks questions that I would never ask myself. Your characters don’t speak and act like they come from the background that they do. This chain of events seems illogical, convenient, and manipulated by the author. Your prose here is clunky.

Writers get sensitive about their work. There’s a fine line between a thorough critique and a cruel critique, and Jeanne comes right up to it. But she never crossed it, largely because we could so obviously tell how much she cared about the piece, and how much she cared about us. She helped me rip apart my own work with the sole purpose of putting it back together again. She helped me develop a strong critical eye so that I could tell the difference between the torrents of crap that I had to crank out to get to those gold nugget sentences.

And more importantly, she taught us how to critique ourselves and others. Again, I used to think critiques were entirely subjective. But Jeanne taught us what to look for and how to voice our criticisms in a way that was helpful. Does this point of view make sense for the story? Is the main character the right choice? We learned to pinpoint the flaws in others’ work, and that made us better at avoiding those flaws in our own fiction.

Odyssey was life changing; Odyssey was eye-opening. It’s hard to describe Odyssey without the tired aphorisms because they are just true. It’s one of those rare experiences that changes the way you approach everything for the rest of your earthly existence, and I’m so grateful I got the chance to attend.

I’m back at work on my second novel now. It’s still hard. Thanks to Jeanne, I have a harsher inner critic, I hold myself to a harder standard, and I spot more problems with the plot and prose than I would have before. But also thanks to Jeanne, I know how to fix them.

For more from Rebecca, read our May 2018 interview with her here. You can also find her on twitter @kuangrf or blogging at www.rfkuang.com.

One thought on “Graduate Essay: Rebecca Kuang, “Changing Everything””