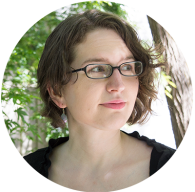 Odyssey 2005 graduate Kate Marshall is the author of the young adult novels I Am Still Alive and Rules for Vanishing (Viking Children’s). Her science fiction and fantasy fiction has appeared in Beneath Ceaseless Skies, Crossed Genres, and elsewhere. She lives outside of Seattle with her husband, a dog named Vonnegut, and two small children. They all conspire to keep her on her toes.

Part 1 of this interview, posted last Sunday, is available here.

You used to read slush for Beneath Ceaseless Skies. What were some of the things you learned from reading all of those stories?

The main thing I learned was that there’s a whole lot of “fine” and even “good” writing out there, far more than there is “bad” (in the slush, at least). The competently written stories abounded, and at first it was very hard to turn those down. There was nothing wrong with them, after all. But eventually, I learned to recognize the gulf between competent writing and a great story. There wasn’t one thing that set every great story apart; it wasn’t that clear-cut. It might be a killer voice, a grab-you-by-the-throat opening, an ending that left you feeling downright emotionally wobbly. Every one of those stories had something that provoked a reaction, and studying the difference between the death scene that was merely competent and the one that felt like a knife to the gut helped me start to think about what the true core of my stories was.

I also learned just how true it was that rejections can mean more about the magazine or the editor than the story. Stories just didn’t quite fit with BCS for one reason or another—or I’d just read another, similar story that did the same thing, which made this one less fresh. And sometimes I made mistakes!

How many stages does your work go through before you send it off to a publisher? How much of your time is spent writing the first draft, and how much time is spent in revision? What sort of revisions do you do?

My process varies from book to book and as I evolve as a writer, but generally speaking I start with a very basic outline, full of a lot of notes like “something spooky happens here” and “maybe kissing?!” and “there’s a reason for this, which I’ll figure out at some point.” I expand this into a synopsis for those unreasonable people like my agent and editor who want to know what my book’s actually about, and then I condense that back down to bullet points again. Anywhere from 30-60% of this survives contact with reality.

For most projects, I write the first draft in roughly four stages—or more accurately, my draft is interrupted three times as I go back to change things. The first interruption is after the first act, which is usually when I figure out some basic things that aren’t clicking with the set-up. For Rules for Vanishing, my upcoming novel, this was largely realizing that my cast of loosely connected characters worked much better as a formerly tight-knit band of best friends. The next pause point is around the midpoint, because by then there are things that are sagging and need more tension, or things I thought would be important that prove extraneous and need to be written out. Really small details can be fixed after the full draft is done, but anything more significant I want to write in so that I can properly shape the ripple effects of the new events. And I always, always halt at the beginning of the end, because inevitably I realize the thing that makes the plot climax and the emotional climax and the supernatural climax all braid together is a completely new or different element that needs to get set up starting on page five.

Before I realized I got bogged down at these places every time, and why it was happening, I called this writer’s block and tried to bull my way through to the end. Now I realize it’s my subconscious sending up a flare that I’ve identified a problem, and if I don’t fix it I’m just going to make it worse and more entrenched. 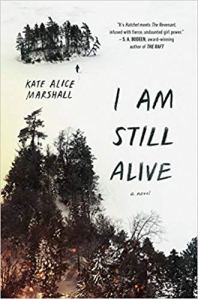 I write really fast, even with these breaks, and it’s pretty typical for me to binge-write a draft in a few weeks. Once I have that draft, I go through once to clean things up and do any lingering revisions I’ve thought of along the way. Then it goes to three sets of readers: my writing group, my agent, and my editor. Who gets it when depends on the project and the timeline. These days I usually only have time to get feedback from my agent and group at the same time, so that’s one revision (plus a few rounds of smaller edits), and then it goes to my editor(s). After that, there’s typically one bigger revision for my editor, plus line notes, copy edits, and all of that jazz.

With Rules for Vanishing I was working with two editorial teams, so while I still did one big revision, it was a synthesis of two edit letters, which was an interesting challenge. By number of hours, revision probably takes me close to as long as the initial drafting since there’s so much problem-solving and fine-tuning involved. By calendar date, it takes far longer.

I’m going to cheat here and talk about process rather than craft. By far my biggest struggle with writing is always feeling like I have to be doing more and doing it faster. With two small children (a three-year-old and a three-month-old), I just don’t have the time that I used to, but my ambitions haven’t lessened any. So I periodically find myself trying to squeeze every second out of the day to get in a few more words, one more scene. It gets to the point that I’m wrecking myself physically and emotionally to try to outdo myself and exceed whatever word count goal I’ve set. My husband blames capitalism. I like to blame the “clammy hand of death”: there’s so much I want to do, and death is coming for us all, so better write faster.

I haven’t conquered it yet, but I’m getting better at taking care of myself and letting things unfold at the pace they need to. I’ve also been trying to cultivate some hobbies that aren’t writing-related and that I can’t turn into a side job. The trouble with turning your leisure activity into your primary career is that suddenly you’re trained to work in your free time! Right now, I’m trying out gardening, but I only have room for five pots, and I think my vegetables are getting tired of all my hovering.

Rules for Vanishing is out in September, and we’ve wrapped up all the final edits on that. Then I have a spooky middle grade novel that doesn’t currently have an official title, about a girl who discovers that her town is cursed and that when she turns thirteen on Halloween night, she’ll become the curse’s next victim. And both of those have follow-ups to write, plus I have a few side projects I’m sneaking in around the edges. It’s going to be a busy year!

One thought on “Interview: Graduate Kate Marshall (Part 2 of 2)”