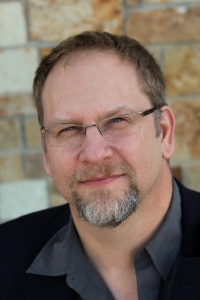 Freelance writer, novelist, award-winning screenwriter, editor, poker player, poet, biker, and roustabout Travis Heermann is a 2009 graduate of the Odyssey Writing Workshop. He is the author of The Ronin Trilogy, Rogues of the Black Fury, and co-author of Death Wind, and has had short fiction pieces published in anthologies and magazines such as Apex Magazine, Alembical, the Fiction River anthology series, Historical Lovecraft, and Cemetery Dance’s Shivers VII. As a freelance writer, he has produced a metric ton of role-playing game work both in print and online, including the Firefly Roleplaying Game, Battletech, Legend of Five Rings, d20 System, and the MMORPG, EVE Online.

He has a Bachelor of Science in Engineering, a Master of Arts in English, and teaches science fiction literature at the University of Nebraska Omaha. He enjoys cycling, martial arts, torturing young minds with otherworldly ideas, and monsters of every flavor, especially those with a soft, creamy center. He has three long-cherished dreams: a produced screenplay, a NYT bestseller, and a seat in the World Series of Poker.

Your latest novel, The Hammer Falls, was funded on Kickstarter in only twelve hours. Congratulations on both a successful Kickstarter and on the release of a new novel! You wrote a post in 2016 for the Odyssey blog on running a Kickstarter. Would you share some tips for getting the word out about Kickstarters? How did you encourage people to participate?

The key is stoking up your friends, family, and fans. 90% of this campaign’s backers were friends, family, fans, and repeat business people who had supported my Kickstarters in the past. And then you have to ask. For many of us, that’s the hardest part. END_OF_DOCUMENT_TOKEN_TO_BE_REPLACED