Holly Black was a guest lecturer at the 2019 Odyssey Writing Workshop. In this excerpt from her question-and-answer session, Holly answers questions about writing young adult and middle grade fiction. One student points out that some people think fantastic creatures must be a certain way. How do you deal with those expectations? Holly says that when writing in a tradition, you’re adding to a conversation. Bring your own perspective into the conversation based on who you are. Another student asks how you get into a teen’s head and see things through their eyes? Holly suggests writers try to remember being a teen. Think of what you did, how you felt. The error writers tend to make is to write about teens or children who are very concerned with the adults in their lives when they should be thinking about themselves and their peers. When asked the difference between middle grade and young adult, Holly explains that the readers are very different. You need a protagonist of the appropriate age. Middle grade stories are generally about family and friendship. Harry Potter and Percy Jackson are examples. Young adult stories are usually about self-definition, friendship, and love, as the protagonist ventures outside of childhood into independence. YA should not involve an adult character looking back at her teen years. Middle grade and young adult fiction usually have a single viewpoint character; it is rare to have more.

END_OF_DOCUMENT_TOKEN_TO_BE_REPLACED 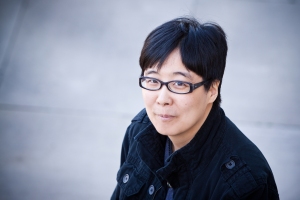 Yoon Ha Lee will be a guest lecturer at this summer’s Odyssey Workshop. His debut novel, Ninefox Gambit, won the Locus Award for best first novel and was a finalist for the Hugo, Nebula, and Clarke awards. Its sequels, Raven Stratagem and Revenant Gun, were Hugo finalists. Lee’s middle grade space opera, Dragon Pearl, was a New York Times bestseller. His short fiction has appeared in venues such as Tor.com, Lightspeed Magazine, Clarkesworld Magazine, The Magazine of Fantasy and Science Fiction, Strange Horizons, and Beneath Ceaseless Skies. He lives in Louisiana with his family and an extremely lazy cat, and has not yet been eaten by gators.

Keep trying. Nobody is born knowing how to write. Like math, or ice-skating, or putting on eyeliner, it’s something you learn by practice. END_OF_DOCUMENT_TOKEN_TO_BE_REPLACED 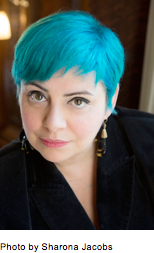 Holly Black will be a guest lecturer at this summer’s Odyssey Workshop. She is the author of bestselling contemporary fantasy books for kids and teens. Some of her titles include The Spiderwick Chronicles (with Tony DiTerlizzi), The Modern Faerie Tale series, the Curse Workers series, Doll Bones, The Coldest Girl in Coldtown, the Magisterium series (with Cassandra Clare), The Darkest Part of the Forest, The Cruel Prince, and The Wicked King. She has been a finalist for an Eisner Award and the recipient of the Andre Norton Award, the Mythopoeic Award, and a Newbery Honor. She currently lives in New England with her husband and son in a house with a secret door.

To write books for their reader selves, rather than the books they think they’re supposed to write. You are your best audience. END_OF_DOCUMENT_TOKEN_TO_BE_REPLACED

Award-winning author Fran Wilde will be a guest lecturer at this summer’s Odyssey Writing Workshop. Her novels and short stories have been finalists for three Nebula awards, two Hugo Awards, and a World Fantasy Award. They include her Andre Norton- and Compton Crook-winning debut novel, Updraft (Tor, 2015); its sequels, Cloudbound (2016) and Horizon (2017); the middle-grade novel Riverland (Abrams, 2019); and the novelette “The Jewel and Her Lapidary” (Tor.com, 2016). Her short stories appear in Asimov’s, Tor.com, Beneath Ceaseless Skies, Shimmer, Nature, and the 2017 Year’s Best Dark Fantasy and Horror. She writes for publications such as The Washington Post, Tor.com, Clarkesworld, io9.com, and GeekMom.com. She holds an MFA in poetry and an MA in information architecture and interaction design. You can find her on Twitter, Facebook, and at franwilde.net.

Once you started writing seriously, how long did it take you to sell your first piece? What were you doing wrong in your writing in those early days?

For me, writing seriously began when I started finishing stories. I’d always written. But I often didn’t complete the story drafts because something didn’t “feel” right or sound good enough. So of course because I didn’t finish a story, I had nothing to revise! Which made it really hard to sell things. Once I started finishing stories—writing them to completion, setting them aside for a few days, and then coming back and working on revision before deciding that they weren’t what I wanted—I started selling.  END_OF_DOCUMENT_TOKEN_TO_BE_REPLACED 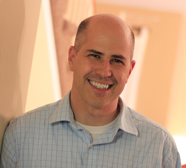 J. A. White (or just Jerry, when he’s not being fancy) will be a guest lecturer at this summer’s Odyssey Writing Workshop. Jerry attended Odyssey in 1996, its very first year. He is the author of the middle-grade fantasy series The Thickety, including A Path Begins (Winner of the Children’s Choice Debut Author Award, Publishers Weekly Best Book of 2014), The Whispering Trees (Booklist Top 10 SF/Fantasy/Horror for Youth 2015), as well as two more sequels. He has also published a book of essays about the Japanese filmmaker Kiyoshi Kurosawa. Jerry lives and teaches in New Jersey. Learn more about Jerry and his work jawhitebooks.com.

You write scripts for Escape Goat Pictures, a company that makes book trailers, commercials, and short films. How has writing for visual media changed how you write novels?

When you write screenplays, you have to strip story to its barest form. There isn’t room for any fat whatsoever. I think that has made the transition to writing children’s novels pretty easy for me. I’ve had a lot of practice communicating information in as concise a way as possible. END_OF_DOCUMENT_TOKEN_TO_BE_REPLACED 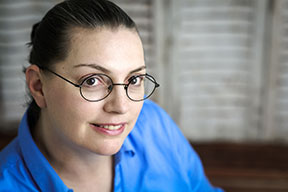 Dianna Sanchez is the not-so-secret identity of Jenise Aminoff, whose superpower is cooking with small children. She is an MIT alumna, graduate of the 1995 Clarion Workshop and Odyssey Online, active member of SCBWI, and a former editor of New Myths magazine (www.newmyths.com).

Aside from 18 years as a technical and science writer, she has taught science in Boston Public Schools, developed curricula for STEM education, and taught Preschool Chef, a cooking class for children ages 3-5. A Latina geek originally from Albuquerque, NM, she now resides near Boston, MA with her wonderfully geeky husband and two daughters.

Her debut novel is A WITCH’S KITCHEN, forthcoming from Dreaming Robot Press in September 2016.

Congratulations on the sale of your first novel, A Witch’s Kitchen, coming out from Dreaming Robot Press on September 25, 2016! How many stages did your novel go through before you sent it to the publisher? How much of your time was spent writing the first draft, and how much was spent in revising? What sort of revisions did you do on the novel?

Thanks! All told, A Witch’s Kitchen took me two years, three months to complete. I started it just before Thanksgiving 2013 and completed the first draft on March 25, 2014. Luckily, I had signed up for Odyssey Online’s Powerful Dialogue in Fantastic Fiction, intending to use it for a completely different project, so that helped a great deal. Even so, I knew it was nowhere near ready to send out. END_OF_DOCUMENT_TOKEN_TO_BE_REPLACED